The Rooster Prince of Breslov 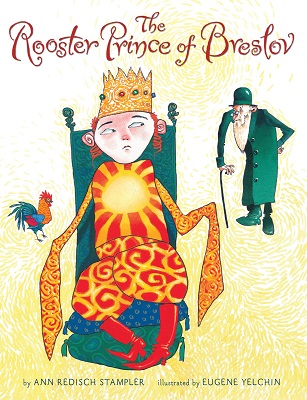 This picture book brings a light touch and engaging silliness to the story of a prince who rejects the lavish luxury of his upbringing in favor of a life as. . . a rooster. The only person who can persuade the prince to reconsider is neither a doctor nor a magician but a wise teacher who is willing to become a rooster too. Told to the author by her grandmother, who brought it from Eastern Europe a century ago, this traditional tale is accompanied by strikingly witty and graceful illustrations that add their own folkloric flavor. Author's note.